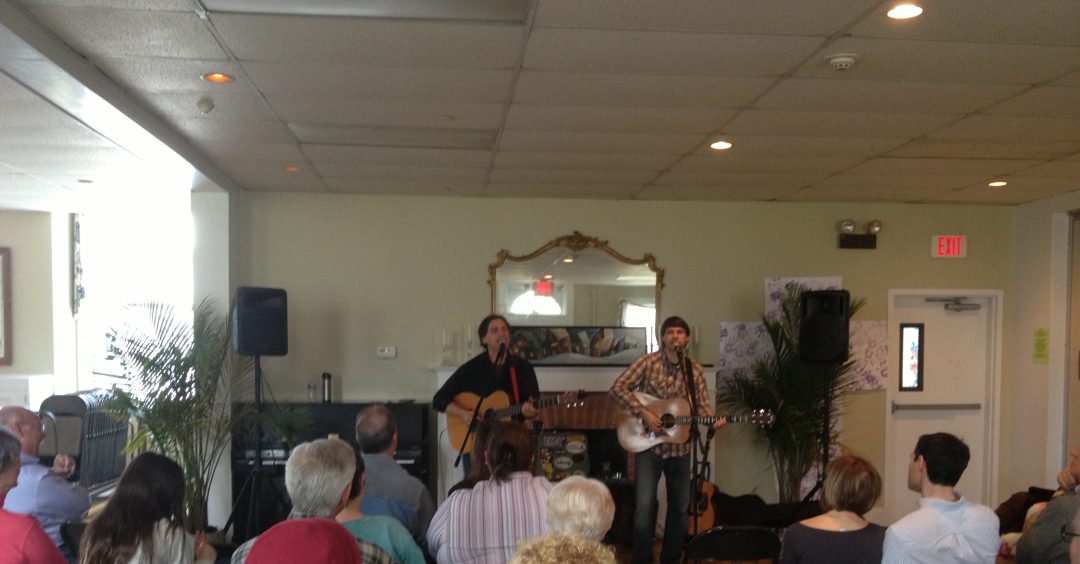 Sunday, Oct 9 at 4:00 P.M. the incomparable singer/songwriter Scott Cook performs in Ridgefield at the Acoustic Celebration. Tickets for those under 65 are $20. 65 and over is free thanks to a grant from the Ridgefield Thrift Shop.

“He sings his heart and soul, and in doing so lets light flood into your own… Truly one of Woody Guthrie’s children.” –RnR Magazine

In 2007, Albertan songwriter Scott Cook quit his job teaching kindergarten in Taiwan and moved into a minivan. He’s made his living as a troubadour ever since, touring almost incessantly across Canada, the US, Europe, Asia, Australia, New Zealand and elsewhere, averaging 150 shows and a dozen summer festivals a year, and releasing seven albums of plainspoken, keenly observant verse along the way. His latest collection Tangle of Souls spent two weeks at #1 on Alberta’s province-wide community radio network CKUA, and earned Scott his third Canadian Folk Music Award nomination, for English Songwriter of the Year. Its second single “Say Can You See” was the second most-played song of 2020 on Folk Alliance International’s folk radio charts, and took top honours for the folk category in both the 2020 UK Songwriting Competition and the 2020 Great American Song Contest.